We notice that you are using Internet Explorer to view our website. Please note that we currently do not support that browser for accessing certain features. To improve your browsing experience, please use either Firefox or Chrome. 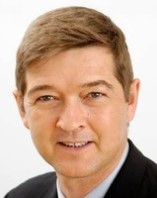 Andrew is an iconic figure in Nigeria, where he plays a number of key public roles, including as an Advisory Partner and Chief Economist at PwC Nigeria. He uses his public platforms to influence the development arc of the economy and society in Nigeria (which is projected to be the world's 2nd most populous country by 2100). He has almost 34 years of global professional experience as an entrepreneur, private equity investor, line manager, economist & strategy consultant. He started his professional career at McKinsey & Company, serving in Toronto & Paris. Before joining PwC, he spent 10 years living in China and was President of United Family Hospitals (China’s pre-eminent international hospital chain) during the SARS crisis in 2003-2005. He holds a PhD in Economics from Harvard University; MA in Philosophy & Politics from Balliol College, Oxford University (where he studied as a Rhodes Scholar), and a BSc (Hon) in Computer Science & Mathematics from University of Western Ontario, Canada. In April 2011, he was named Strategy Consultant of the Year for 2010 by the Management Consultants Association in the UK.